This report draws on data from almost 2,700 Aboriginal patients who were admitted to a NSW public hospital in 2014. 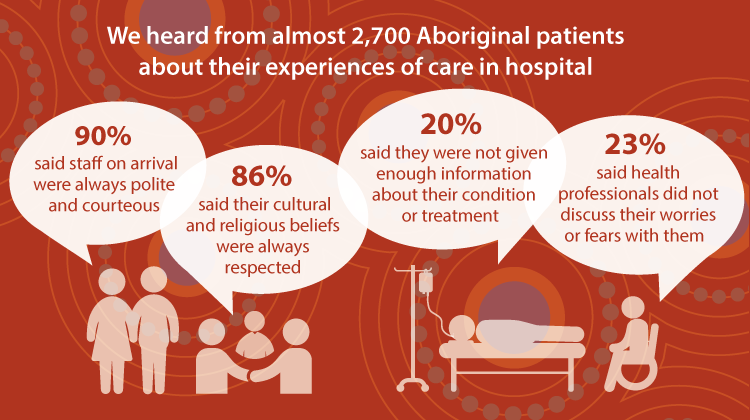 BHI has produced a performance profile for each local health district for which sufficient responses from Aboriginal respondents were received to allow reporting.